What Is Tree Nut Allergy?

When a person with an allergy to a particular tree nut is exposed to that tree nut, proteins in the nut bind to specific IgE antibodies made by the person’s immune system. This binding triggers the person’s immune defenses, leading to reaction symptoms that can be mild or very severe.

In the U.S., plain-language labeling on packaged foods is required for 18 different tree nuts. These tree nuts are not the same as peanut (only 40% of children with tree nut allergies have an allergy to peanut), which grows underground and is a legume related to beans and peas. Tree nuts are also different from seed allergens such as sesame, sunflower, poppy and mustard, which do not grow on trees.

Research shows over 2% of the pediatric population is affected by allergies to tree nuts, and many will carry these allergies into adulthood.²

If you have a tree nut allergy, keep an epinephrine injection device with you at all times. Epinephrine is the first-line treatment for anaphylaxis.

To prevent a reaction, it is very important that you avoid all tree nuts and tree nut products.

If you’re allergic to one type of tree nut, you have a higher chance of being allergic to other types. For this reason, your doctor may recommend you avoid all nuts. You may also be advised to avoid peanuts because of the higher likelihood of cross-contact with tree nuts during manufacturing and processing. These issues should be discussed and further evaluated by your allergist and specific allergy testing may be warranted.

Tree nuts are one of the eight major allergens that must be listed in plain language on packaged foods sold in the U.S., as required by federal law, either within the ingredient list or in a separate “Contains” statement on the package. For tree nuts, the specific variety must also be identified on the package. This makes it easy to see if tree nuts are present in a food item.

Avoid foods that contain tree nuts or any of these ingredients:

Some Unexpected Sources of Tree Nuts

Allergens are not always present in these food and products, but you can’t be too careful. Remember to read food labels and ask questions about ingredients before eating a food that you have not prepared yourself.

Tree nut proteins can be found in some surprising places, such as cereals, crackers, cookies, candy, chocolates, energy bars, flavored coffee, frozen desserts, marinades, barbeque sauces and some cold cuts, such as mortadella.

Ice cream parlors, bakeries, coffee shops and certain restaurants (e.g., Chinese, African, Indian, Thai and Vietnamese) are considered high risk for people with tree nut allergy. Even if you order a tree nut-free dish, there is high risk of cross-contact.

Tree nut oils, such as walnut and almond, are sometimes used in lotions, hair care products and soaps.

Crushed walnut shells may be used in “natural” sponges or brushes due to their durability.

Some alcoholic beverages may contain nut flavoring, so consider avoiding these as well. Because these beverages are not federally regulated, you may need to call the manufacturer to determine the safety of ingredients such as natural flavoring.

Coconut, the seed of a drupaceous fruit, has typically not been restricted in the diets of people with a tree nut allergy. However, in October 2006, the U.S. Food and Drug Administration began identifying coconut as a tree nut. Medical literature documents a small number of allergic reactions to coconut; most occurred in people who were not allergic to tree nuts.

There is only one documented case of someone reacting to coconut oil, and there are no documented cases of reactions to shea nut oil or butter. Therefore, it would be extremely rare for someone to react to one of these.

Argan oil is derived from the nut of the argan tree and has rarely been reported to cause allergic reactions. While it is not a common food in the U.S., you will often find it in Morocco.

People with cashew allergy may be at higher risk for allergy to pink peppercorn (known as Brazilian Pepper, Rose Pepper, Christmasberry and others). This dried berry (Schinus, related to cashew) is used as a spice but is different from standard black pepper and fruits with “pepper” in their name (e.g., bell peppers, red peppers or chili peppers).

Will My Child Outgrow a Tree Nut Allergy?

An allergy to tree nuts tends to be lifelong. Research shows that about 9 percent of children with a tree nut allergy eventually outgrow their allergy.¹

Younger siblings of children who are allergic to tree nuts may be at higher risk for atopic disease. Every case is different and your doctor can provide guidance about food allergy testing for siblings if appropriate. 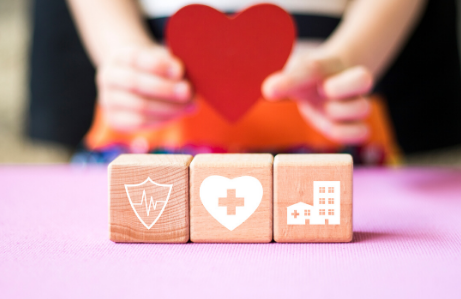 Get to know this document, the cornerstone of personalized treatment for anyone with a food allergy.

Join the FARE Patient Registry® - making a difference is easy and confidential.