For many food allergy sufferers, oral immunotherapy (OIT) holds promise as a treatment option that can potentially improve their quality of life beyond the current standard of care based on allergen avoidance, epinephrine to halt severe reaction symptoms, and emergency medical care if epinephrine is used.

In some cases, OIT results in sustained unresponsiveness, in which a patient can discontinue doses of the allergen for a period of weeks and still remain able to eat the allergen without reacting. However, available data indicate that for most patients, OIT does not “cure” their food allergy. Adverse effects associated with OIT treatment can be severe, including anaphylaxis and eosinophilic esophagitis.

A small but growing number of food allergy patients have pursued OIT treatment through office-based providers as well as select providers based in academic clinics. The number of providers offering OIT is growing and may increase significantly in the future. The U.S. Food and Drug Administration (FDA) approved the peanut OIT product Palforzia® (formerly known as AR101) in January 2020. The arrival on the market of an FDA-approved OIT product will likely expand the number of physicians willing to try administering OIT to patients. 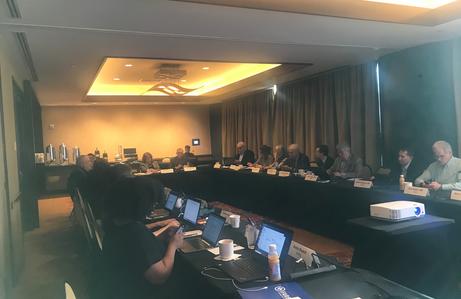 On Nov. 6, 2019, members of FARE leadership joined with health care providers, patient representatives, researchers, regulators, food allergy advocates, and leaders of professional societies representing allergists and immunologists at FARE’s inaugural summit on oral immunotherapy (OIT). Participants co-authored a consensus report published in the Journal of Allergy and Clinical Immunology in June 2020. The paper calls for expanded access to OIT and lays the groundwork for shared discussions among doctors and patients to help patients assess whether OIT is a good treatment option for them.

FARE recognizes and appreciates that members of the food allergy community hold diverse and sometimes conflicting viewpoints on OIT. To account for these views and to ensure all stakeholders are comfortable with the path forward, FARE seeks to create a robust and transparent process for advancing OIT research and establishing safe and effective OIT options for treating food allergy patients. The search for consensus on OIT can build on broadly shared points of agreement: