A 504 Plan outlines how a school will address the individual needs of your child. Learn how to develop one with your school team.

FARE recommends that parents of children with food allergy create, in collaboration with their school, a written food allergy management plan. One type of plan is called a 504 Plan, which is available under a federal civil rights law, Section 504 of the Rehabilitation Act of 1973.

The U.S. Department of Education (USDOE) regulation to implement Section 504 (34 C.F.R. Part 104) applies to schools and programs that receives federal money and encompasses a wide range of health conditions, including life-threatening food allergy. USDOE’s Office for Civil Rights lists allergy as an example of a hidden disability for the purpose of Section 504, and further explains how a food allergy, for many children, would be considered a disability under 504.

Protections under Section 504 have been reinforced by the Americans with Disabilities Act of 1990 (ADA) and the ADA Amendments Act of 2008. The U.S. Department of Agriculture states in its guidance for accommodating students with special dietary concerns that when a physician diagnoses a food allergy as impacting a major bodily function or other major life activity, the child’s condition meets the definition of a disability.

The USDOE Office for Civil Rights has also published an informative Q & A on Section 504 and the ADA  Amendments Act. Food allergy is addressed in Questions 4 and 13.

Section 504 allows you to create, in collaboration with the school, a 504 Plan, which is a written management plan outlining how the school will address the individual needs of your child, and allow your child to participate safely and equally alongside his/her peers during all normal facets of the school day.

The 504 Coordinator will help assemble a 504 Team that will determine if your child qualifies for protection under Section 504. Typically, a 504 Team includes key members of the school staff such as the school nurse, teachers, food service personnel, coaches, counselors, and others.

In making their determination, the 504 Team will rely on medical information. As a result, you may be asked to obtain specific medical information or medical recommendations from your child’s allergist and/or pediatrician for the Team to review.

Once the 504 Team finds your child eligible, the Team will create an accommodation plan (or 504 Plan), which may include a number of components such as an Individual Healthcare Plan (IHP) and a Food Allergy & Anaphylaxis Emergency Care Plan.

Written management plans such as 504 Plans have become increasingly more common over the past decade, especially for children with food allergy. These written plans come in a variety of shapes and sizes, ranging from a one-page, handwritten form to a 20-page plan made up of multiple components. For example, a 504 Plan might include an IHP, Food Allergy & Anaphylaxis Emergency Care Plan, Cafeteria Procedures, a Transportation Plan, and a Staff Education Plan. 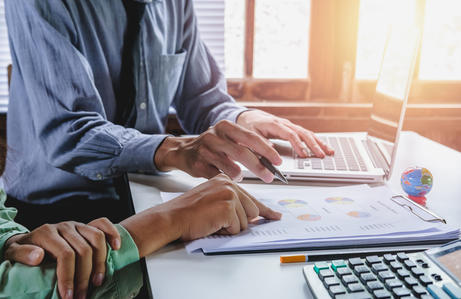 Section 504, Title II, and Ensuring the Protection of K-12 Students with Severe Allergies

Discusses the common questions and concerns that come with putting food allergy accommodations into place for students.

What About Private Schools?

The Americans with Disabilities Act (ADA) extends the protections provided by 504 to private schools and private child care centers.

Sometimes, private religious schools are exempt from the ADA. However, this depends on the relationship between a particular religion and the inner workings of the school.

To learn more about the ADA, visit the ADA website.

Download these tasty allergy friendly Thanksgiving recipes for you and your family to make and enjoy! You will be opted into FARE communications and can manage your preferences in the footer of any FARE email.

Back to School Posters

Please complete the following form to download the poster. You will be opted into FARE communications and can manage your preferences in the footer of any FARE email.

Complete this form to view the recordings from the workshop. You will be opted into FARE communications and can manage your preferences in the footer of any FARE email.

Download these tasty holiday recipes for you and your family to make and enjoy! You will be opted into FARE communications and can manage your preferences in the footer of any FARE email.